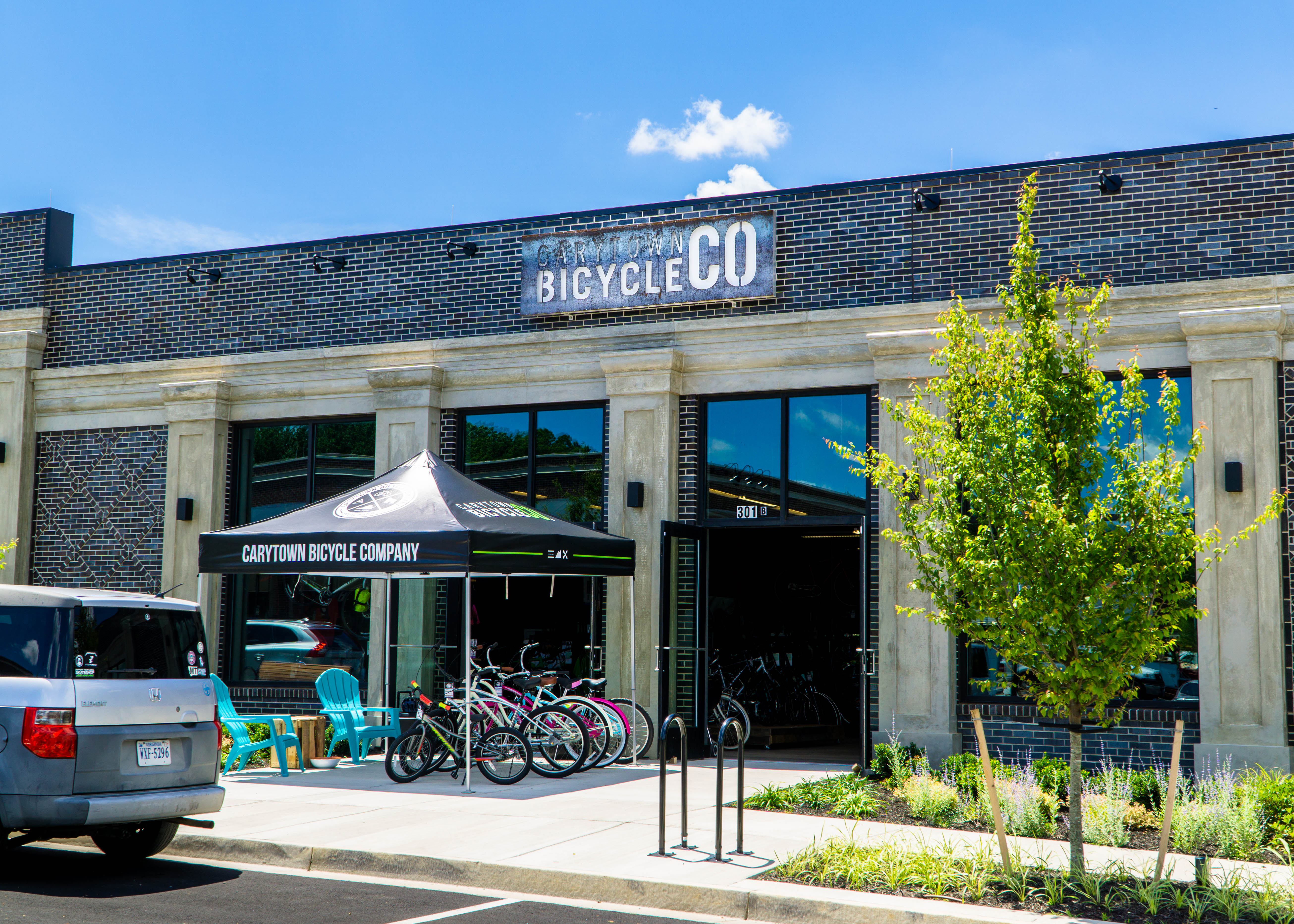 GreenGate, a 70-acre planned development that will include 200,000 square feet of commercial and office space and 230 town homes and single-family homes, is being constructed about a quarter-mile west of Short Pump Town Center.

The development’s commercial space will be anchored by a 36,000-square-foot Lidl grocery store.

The new bike store and some other retail tenants are expected to open in early spring.

GreenGate’s developers are touting the project’s design as “putting the urban in suburban,” with sidewalks and mini-parks that give it the feel of city streets while offering the convenience of suburban living.

“Our shop was born in the city, and our brand is built on the riding and culture woven into Richmond,” said John Hessian, co-owner of Carytown Bicycle Co., in a statement.

“We were drawn to GreenGate’s ‘urban in suburban’ vibe and knew it was the perfect place to extend our brand and customer experience in an authentic way,” Hessian said.

The GreenGate store will be 2,727 square feet — smaller than the Carytown store’s 4,500 square feet and the 3,700-square-foot Westchester Commons store.

Also locating in GreenGate are CycleBar, an indoor exercise cycling studio, and a Polished Nail Salon. Carytown Bicycle Co.’s store will be next to CycleBar.

“I like the theme of what they were doing. The other merchants and restaurants that they have, they are a lot of our neighbors that we have here in Carytown,” said Carytown Bicycle Company co-owner Mullins.

“The other thing that is attractive is knowing that Markel is involved. They are a top-notch company. I think if they are behind a development project, then that adds a lot of surety that it will be done right,” Mullins said.

“We’re committed to bringing Richmond’s best retailers, and Carytown Bikes is certainly one of them,” said J.B. Gurley, a principal at Markel | Eagle Partners, in a statement. “This brand is a pillar of the Carytown community with exceptional products and customer service, making it the perfect fit for GreenGate.”

The GreenGate development is across from West Broad Marketplace, which is anchored by a Wegmans grocery store and a Cabela’s, which sells fishing, hunting and other outdoor sports gear.

Mullins will manage the new Carytown Bicycle store location. He said he and the other owners had always thought the Short Pump area would be an ideal place to open another store.

“Especially when (development) is going farther and farther (west) like it has been,” he said. “That’s what’s been really appealing, seeing some of that new construction, the new houses, new multifamily, single-family. The energy that is still there. You like to see that kind of activity.”

The bicycle company does not have any immediate plans to expand beyond the Short Pump store, Mullins said.

Markel | Eagle also has broken ground on the first phase of the residential development, and the first homes are expected to be ready for occupancy during the first quarter of 2017. According to marketing materials, the homes will be priced from $400,000 to $800,000.

The developers have not announced any tenants for the office space. Site proposals show two 45,000-square-foot, three-story buildings.